There is a Doctor in the House

You are here:
FeaturesInspiration and Wellness 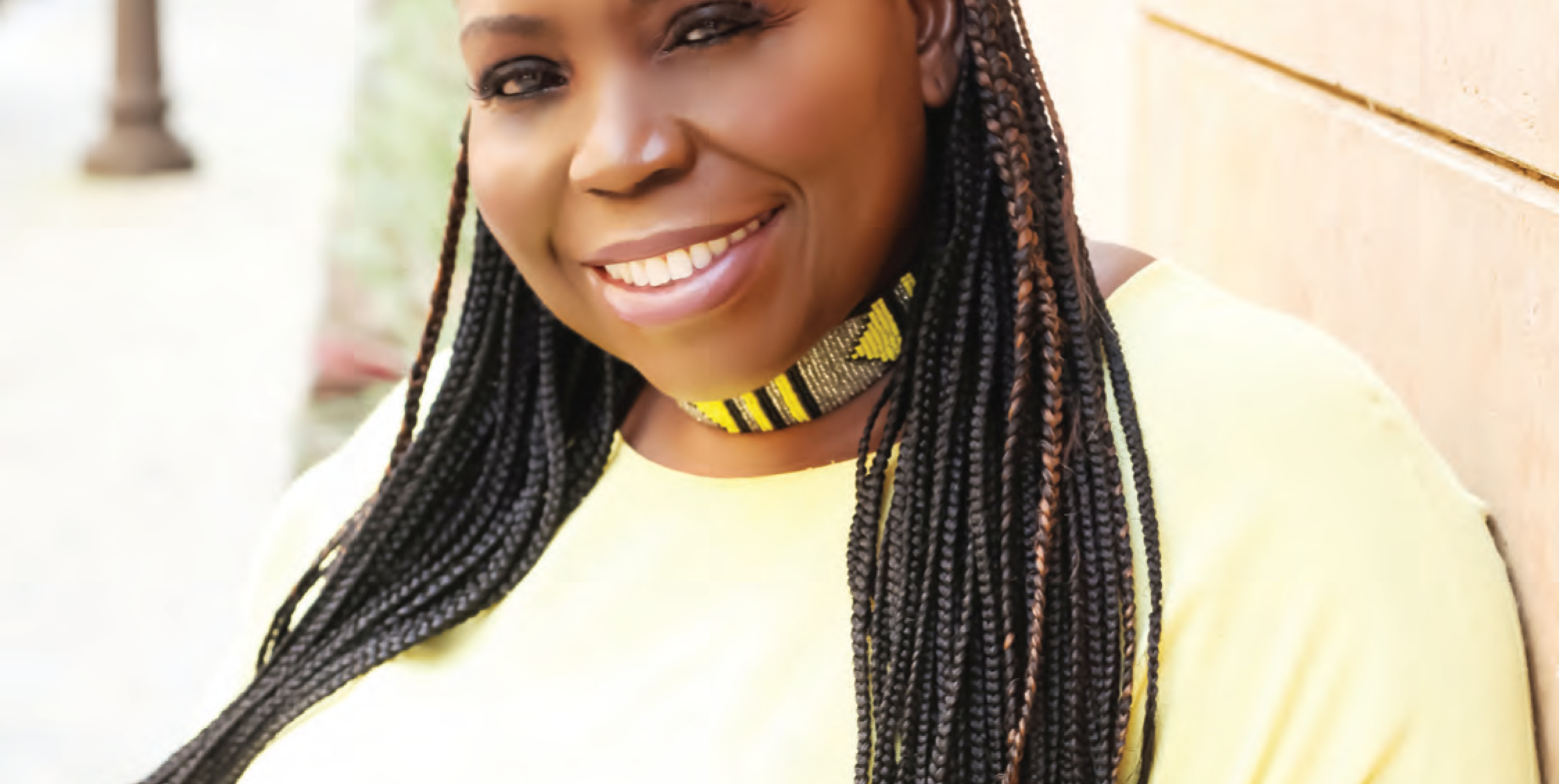 When you hear the phrase, two sides of the same coin, most people would think that you mean that there are different ways of looking at or dealing with the same situation. However, if you add the word, reciprocal, that means that it is the same on both sides. If you look this phrase up in the dictionary, you might find a picture of Dr. Sydel LeGrande. When she speaks of her legacy—restoration of the black community, she has two areas of focus—two sides of the same coin, her private practice business and her community activism. Providing footprints to follow regarding the trust, understanding and connection of people in both areas is her mission in life. If you wonder where all of this comes from, you must be aware of her story and she was willing to share in an interview for everyone to know.

THE BEGINNING OF THE STORY

Early in her life, Sydel knew that she wanted to be a doctor. She remembers fondly when her mother went to Woolworths and purchased a nurse’s kit. Sydel, promptly sent her back requesting a doctor’s kit. That determination would follow her as she continued her education. Completing all of the requirements for high school by the 11th grade, she was also entering her senior year at Hillsborough Community College. Sydel, at 17 years old, graduated high school and 25 days later, she also graduated with an AA degree from Hillsborough Community College with a 3.9 GPA. With those type of academic credentials, she had many choices for higher education, but chose University of South Florida to study Biology and then University of Florida for medical school. Sydel was not ready for the extreme prejudice that she would experience at UF. She recounts a story of being accused of cheating because her test scores and those of her black classmates were so high. This incident did not deter her, but instead enthused her to go on to complete her medical degree and her residency in family practice at the Medical College of Georgia, Augusta.

ONE SIDE OF THE COIN – HEALTH CARE

There was never any doubt that Sydel would come back to Florida to practice medicine. In 1985 she started to fulfill the National Health Services commitment as Staff Physician, in Liberty City area of Miami, which she completed in 1989. She continued in private practice in Liberty City, Key Largo and Miami for the next four years, returning home to Tampa in 1994. Tampa Hillsborough Action Plan hired her as the Medical Director over two inner city Medical Centers until 1996. Even though she had been successful in her career, she realized that her success was not enough.  She realized, like many, that black and brown minorities were experiencing significant disparities with chronic conditions, access to care, preventive screenings and mental health. Continue to be part of the problem or become part of the solution was her motivation for opening her own private practice, Operation Med-Care at Without Walls International Church then called South Tampa Christian Center in 1996. She expanded her practice by starting the Mobile Medical Care in inner city areas of Tampa and began providing medical care in housing projects of North Blvd Homes. Dedication to the healing and restoration of black segregated, disenfranchised, poverty stricken is what spurred her to begin Fruit of Glory Ministries, Inc. a 501c3 organization. As if Dr. LeGrande did not have enough education under her belt, she became an ordained minister of the Gospel in 1996 in order to expand her community outreach efforts to include teaching bible study and preaching whenever asked. She included medical mission trips to Haiti, Dominican Republic and Jamaica annually as an extension of her community outreach. Another issue in health disparity caused her concern. Pain management and its treatment are strongly influenced by race and ethnicity as well as by the social and economic conditions where people work and live. The Black and Brown community experience significant disparities with chronic conditions, access to care, preventive screenings, and mental health. Research has shown that these patients are undertreated for pain not only relative to white patients, but relative to the World Health Organization guidelines.

According to Dr. LeGrande, pain is a four-letter word, but it shouldn’t be a dirty word because hope is also a four-letter word. Pain is complicated and subjective. It is an unpleasant sensory and emotional experience primarily associated with tissue, bone or nerve damage. Everyone feels pain from time to time, but chronic pain is different. Chronic pain is defined as pain that lasts 12 weeks. It may be steady or intermittent, coming and going without any apparent reason. Chronic pain is a distraction, because people have difficulty functioning with this debilitating pain. Health problems as a rule have straightforward answers and easy solutions, chronic pain does not. If chronic pain is frustrating for patients, it can be equally as unnerving for those entrusted with patient care. The relief of pain is obviously one of the main functions of physicians. Ironically, Dr. LeGrande feels that it is one of the things that doctors do not do well. Adding to the complexity are drug abuse concerns. Practitioners and pharmacists can become resentful and fearful of the scrutiny they face practicing compassionate care with potentially addictive drugs, and this takes a toll on the patient’s need.

When it comes to business, Dr. LeGrande is always looking for a way to serve those in need. According to Visit Orlando, 75 million people visit Orlando annually. About 6 million are international tourists. It stands to reason, that at some point, these visitors might require medical care, and many may not have health insurance. Not to worry, Dr. LeGrande to the rescue. This fall, Dr. LeGrande is expanding her business into telemedicine. Telemedicine allows health care professionals to expand their reach beyond their offices to evaluate, diagnose and treat patients in any location using telecommunications technology. Since her practice will be geared toward tourists, her primary market would be the hotels and resorts in the area. When a guest complains of a minor illness or non-life-threatening issue, medical help is as close as their cell phone or tablet. A video conversation can lead to diagnosis and treatment in the comfort of their hotel. Telemedicine has been shown to reduce the cost of healthcare and increase efficiency through better health management. What is more amazing is that Dr. LeGrande recognizes that consumers want this service. All of this is part of the mission of Dr. LeGrand’s holistic approach to medicine, treating the whole person—soul, spirit and body.

THE OTHER SIDE OF THE COIN — COMMUNITY ACTIVISM

Did you know that it is fatal to enter a war without the will to win? An army is needed to win a war, and no army is better than its soldiers. Dr. LeGrande knows well about the street warfare going on in the community. She knew that if she really had the will to win this war, she would need soldiers. That is when she created Changing the Game for a New Generation (CTG). The mission was to bring a generational solution to a generational problem with the focus being our children because she believed that they are the greatest change agents in our future community. She did not start this army from scratch. CTG really began as an outreach of her previous Fruit of Glory Ministries. This outreach was a call to action to address the inter-community violence within the black communities and in 2016 formally organized as its own 501c3 organization. The casualties of street warfare are extended to the children left behind. Besides her annual gala where she brings together children and her army of community sponsors, the organization also has a curriculum for public schools attended by at-risk children.

I Am The Change is the catalyst for the initiative Project I.A.M. (Inspiring, Amazing, Minds) during which children learn valuable truths that will develop and strengthen self-confidence, resilience and academic scholarship. There are measurable outcomes proving the effectiveness of this program with the goal to implement this in every school nationwide. Dr. LeGrande realizes that the war will not be won overnight. Martin Luther King’s dream of desegregated prosperous neighborhoods is yet to be realized. Studies have documented that adverse childhood experiences can lead to an increase of major health problems such as asthma, diabetes, heart disease, and mental health disorders.

For Dr. LeGrande, this just brings everything that she is about full circle, both sides of the coin. HER WHY As you can read from this interview, there are two sides to this same coin. When asked WHY—and there is always a WHY— Dr. Sydel LeGrande remarks that the motto, I live IN purpose,” sums it up. Money is just a tool towards the purpose, which is fulfilling the vision. Provision follows vision. You grow in places of purpose. Destiny is the end game. Purpose and opportunity each lead toward destiny. At the end of the day, Dr. Sydel LeGrande is changing the world from one side of the coin to the other.

The Importance of Manifesting Your Dreams
February 15, 2021

How To Safely Go Back to the Hair Salon
August 10, 2020
Recent posts
Go to Top