Many Languages, One Voice At A Time! by Laura Dorsey, Master Storyteller 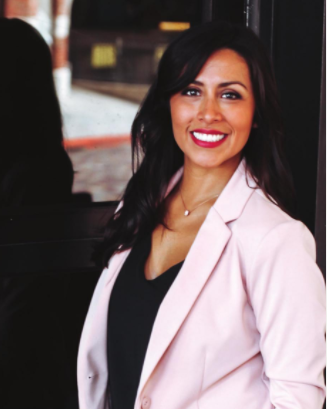 Languages put our worlds in focus, give shape to our thoughts, and help us to communicate with the others around us. Translating from one language to another is the most artful of creative exercises. Few people know this better than Melina Torrico, CEO of Global Voice Translations, a top-rated translation service, which translates documents or anything else that requires professional language experts.  She understands that for their clients, the translator is their most important ally, with an awareness that the translator is a patron to humanity.  And humanity is what it is all about for Melina because she is a people person. She recently sat down to translate her transition into this phenomenal business, which has a tag line of “many languages, one voice”.

A child is taught to articulate the languages belonging to their culture. This was probably the start of her love for languages. Born in California, Melina and her family (mom, dad, and sister) moved to Bolivia South America to live for seven years. While there, she perfected her Spanish in reading and writing.  Without the capability to translate between two languages, she might have been constrained to the boundaries of just one country. Her first language instruction taught her that words have memories, a story of their own. There are never two words that have exactly the same meaning. To reconstruct one language into another language, she knew that she needed to understand what went into making the original language for her to disassemble it and rebuild it in the other language.

Even she did not immediately see that her love of language would translate into a business. Still, Melina also knew that she wanted to do something that helped others. She realized that she had an attitude of servitude. Melina tried a variety of career paths related to customer services such as telemarketing, theme parks, and retail sales.  It was not until she started working for another big company that her eyes were open to the need for translation services. While with the company, she also saw the benefits of network marketing. The concept of multiple streams of income was introduced.  In addition, Melina recognized the need for self-development. One of the main concepts she learned was that of self-control.  Having her daughter made Melina realize that she did not want to clock in and out for someone else.  Controlling her own destiny and raising her daughter on her own terms were the new goals. The stars all aligned just right, and with a final push, her corporate life ended, providing her with the opportunity to start her own translation business.

Make no mistake, Melina will tell you that all of her success did not happen overnight. Personal challenges hit her; she did not give up. She fell many times, but she got up many more.   All of the self-development courses had taught her a lot about herself and growth. One of the main things that she learned during this time of creating Global Voice Translations is that no man is an island.  With the help of Heather Kennedy, Director of Operations, and her amazing managerial and operational skills, Melina has developed a thriving business that includes a call center.

Translation services are text-based language support for written documents. A professional translator converts written texts such as brochures, signs, websites, and books into a new language. Global Voice Translations is a unique business in that it has not seen the usual decline in business during the economic turbulence of other industries. That has happened for many reasons. COVID-19 has evolved into a global event impacting public health as well as the economy. One of the critical attributes of the language industry is that is has become resistant to crises. As a result of the quarantine efforts compulsory all over the world, virtual translation has gained traction and found new customers. Many translation services have seen volumes double, primarily because of the necessity to translate documents in the new virtual environment. The pandemic will have lasting effects on the way that clients consume translation services and will affect the economy until the pieces of the economic puzzle are reorganized. The new norm of COVID-19 will revolutionize the way people will do business and translation services will be there to fill the gap.

Melina remembers from her networking days that events are essential. Translation may very undoubtedly be the most intricate type of event yet produced in the development of the universe. Language translation services offer the client the ability to communicate to a global audience with a professional multilingual person.  Melina knows that clients will never trust the translation or interpretation of something without first trusting its analysis, and that is what her team provides.

This is why the team is essential. Translation is not an issue of words only.  It is a matter of making comprehensible a whole culture. Being able to speak more than one language opens people up to an array of amazing experiences. The team of translators at Global Voice Translations have proven to themselves, as to others, that they are in control of what they do. They do not just translate well because they have a panache for translation, but rather because, like other experts, they have made a deliberate effort to understand various aspects of their work. The fundamental nature of translation, they believe, lies in capturing what is unsaid in a work from one language to another. To reconstruct the unspoken in another language, the team knows that one needs to comprehend what went into making the initial; then one must disassemble it and rebuild it in the other language. The translators know that to communicate well in another language takes more than a comprehension of words and structures; it takes a grasp of the relationship to the underlying culture. Global Voice Translations offers translation services in the following areas: legal, real estate, interview, medical services, recorded statements, conference call, special needs, seminars, and documents. At the end of the day, the team knows that translating at times can feel like the most challenging job, but at the same time, they know that it is the most rewarding. Melina says that the translators are so passionate about their job that they would happily work for free. However, she reminds them that they cannot do that.

When Melina was asked what words she would use to describe herself, jokingly she says she has so many words to explain herself.  She speaks of herself in so many different ways because she sees herself in so many different ways. She is a mother, a wife, an entrepreneur, and a resource of people.  She looks back on the last 10 years and at the company she has built and sometimes cannot believe it. But, she believed she could, so she did. She cannot begin to express how proud she is of the company. But her success has not been about how much money she has made or how successful the business has become; it is the difference that she made in people’s lives. She ends our conversation with one of her favorite quotes: Success is no accident. It is hard work, perseverance, learning, studying, sacrifice, and, most of all, LOVE of what you are doing and saying YES to opportunities.