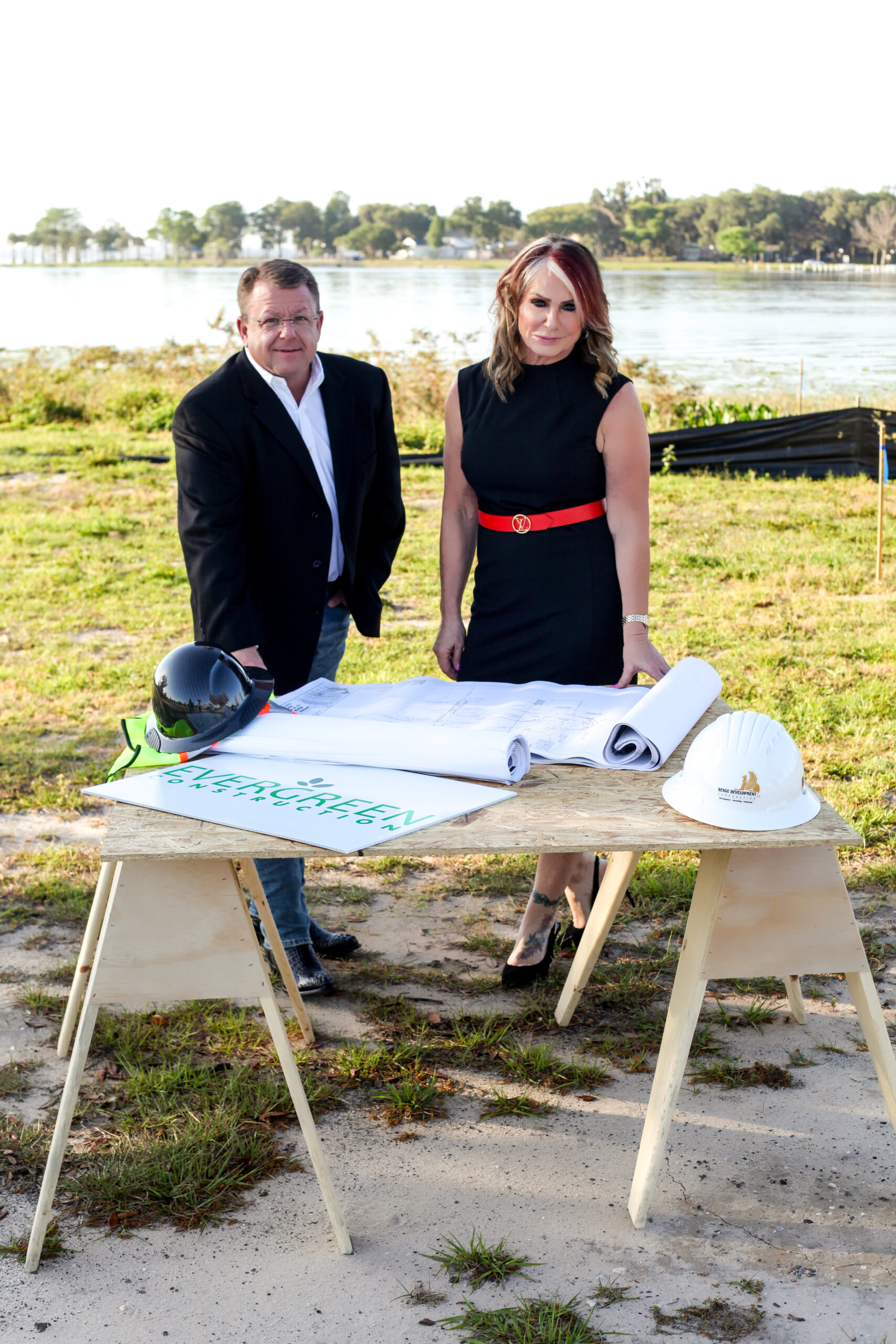 Before scheduling a meeting with Tony Benge of Benge Development Corporation, it occurred to me that to write about development, that I should understand what the word meant. Development is a process that creates growth, progress, positive change, or the addition of physical, economic, environmental, social, political and demographic components.  I could have saved myself the trouble of researching the word because Tony Benge is the epitome of the development, not just in his business, but personally and philanthropically. If you google Tony’s name, you will find a great deal of information about the company, but what you will not find is a lot about the man. This article will remedy that. You will walk away from reading this article with the feeling that Tony is the friend that you never knew that you had developed.

Tony Benge is the President of Benge Development Corporation (BDC), a successful real estate development firm. Real estate development is a business process, encompassing activities that range from the renovation and re-leasing of existing buildings to the purchase of raw land and the sale of developed land or parcels to others. Real estate developers are the people and companies who coordinate all of these activities, converting ideas from concept to a physical reality. The funny thing is that Tony did not grow up thinking that he would be a developer.  At Rollins College, Tony studied economics, receiving a BA in Economics, and continued to the University of Central Florida for his graduate work.  In 1993, Tony, along with some investors that he had developed a relationship with, including his father, purchased his first master-planned 1200-acre development, Eastwood.  Eastwood was a 2,300-unit golf course community with a Publix anchored neighborhood center. This was the beginning of the success of BDC. He says that he was extremely fortunate to meet some great mentors who took the time to teach him various aspects of the development business.  Their patience and knowledge was a priceless asset in helping to launch BDC.  He speaks about the lessons learned from partners such as Jeff Fuqua, Tom Warlick and Nathan Collier and  the importance of their influences have been to him.   Over the years, more than 40 projects have been identified, purchased, and developed throughout Florida. Currently, 26 projects are being developed by BDC with the new Floridan Town Center as the crown jewel of these projects.

The Development of the Benge Partnership

Robyn Benge is the Office Manager at BDC. The development of the partnership of Tony and Robyn, who have been married for 5 years, was a story all by itself.  Tony indicates that they met on a blind date arranged through Robyn’s Facebook friend request. He says, “I walked into a wine bar to meet Robyn for the first time and immediately knew it would be something special.  We have never been apart since the night we met”.  After dating for a couple years Tony took a picture of himself next to the display of wedding rings at a Wal-Mart and posted the picture as a joke. Many of Robyn’s girlfriends did not find it funny, and Robyn decided to help him out.  She proposed to him and said it was an effort to save him from himself.  At any rate, he agreed to the proposal, and Robyn got to plan her fairy tale wedding. As a retired registered nurse, Robyn now devotes her time to the business.  When asked what she likes about the company, Robyn loves the fact that she can make her own hours instead of the grueling hours required by the medical profession. This also gives her the much-needed time that she wants to develop her relationship with her grandchildren.  Family development is essential to the team of Tony and Robyn. However, Tony jokes that he under no delusion when it comes to Robyn’s priorities.  The grandchildren come first, and he says that as long as everyone recognizes that, all is well.

To Whom Much Is Given

Tony recognizes that he had an extraordinary childhood, and that development shaped who he is today.  His mother was a schoolteacher, and his dad was a marine who returned to civilian life in the furniture business. Words from his dad still ring in his ears, “You are going to do better than I did and there is nothing you can’t achieve if you put in the work”. To Tony, that guidance and encouragement from his father gave him the confidence to undertake the daunting endeavor of building up a company from nothing.  As part of his upbringing he knew that to whom much is given, then much will be required.  That line of wisdom means to Tony that we are held responsible for what we have.  If we have been blessed, it is expected that we benefit others. The development of his give back mentality has been a part of who he is since 1994. Based on a recommendation from a business partner, he joined the Board of Directors of the YMCA of Central Florida. To him, this is personal. Realizing that everyone did not have the advantages of the healthy, close-knit family he had, he was determined to make a difference.  He recounts the story of a mother, who had escaped domestic abuse, and her children who wanted to be members of the YMCA but could not afford it.  The board gave the children a scholarship and YMCA tee shirts so that they could participate.  The mother, with tears in her eyes, told the committee how much of a difference that made to her children.  She said that for weeks, the children slept in the T-shirts because they were so proud to be members of the YMCA. Tony also is a board member of Junior Achievement of Central Florida. He has been a donor for years because he feels that the organization fosters an entrepreneurial spirit of mentoring and coaching for so many young people.  Tony says that you never know what is going on in the lives of these young people and any difference that he can make in their development is worth the time and effort.

Development in the Future

Benge Development Corporation and the partnership of Tony and Robyn Benge are just getting started.  The plan is to double the size of the company within the next few years. BDC has their hands full with the new 80-acre project dubbed as the Floridan Town Center, which calls for up to 600 apartment units, along with a hotel, supermarket, YMCA, and various retail establishments.

As we said at the start of this story, if you want to know the definition of development, just look at Tony Benge of Benge Development Corporation. He will provide you the definition with a smile and a laugh that leaves you thinking that you have exclusively developed a new friend.

Many Languages, One Voice At A Time! by Laura Dorsey, Master Storyteller
August 10, 2020
Recent posts
Go to Top