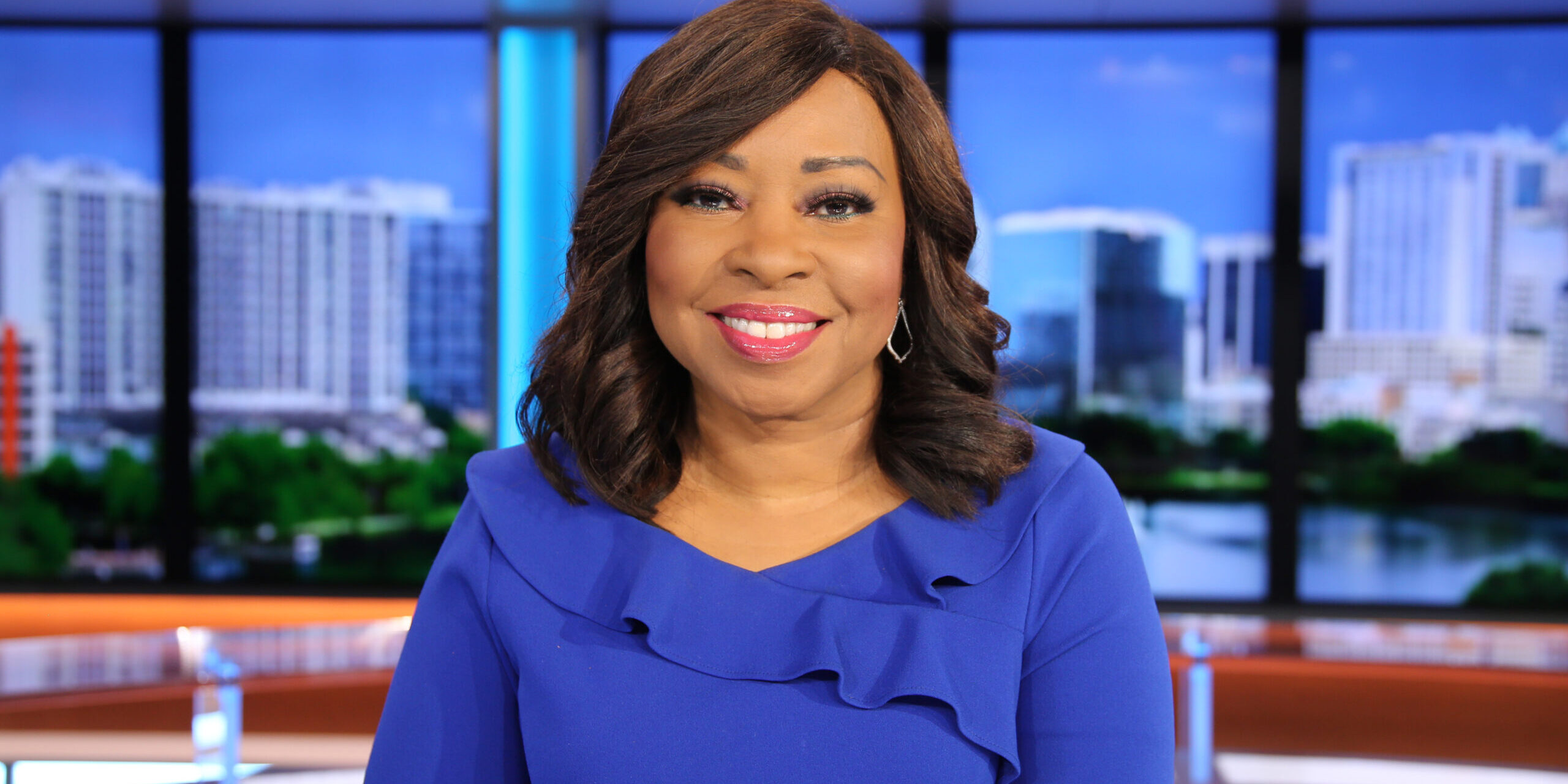 It is incredible when life comes full circle, and you get to engage with people years down the line.   That is what Jennifer Yon felt when she realized that Vanessa Echols would grace the cover of the magazine that she had founded years ago. A little fanned out, Jennifer remembers that as a journalism student, how much in awe she was of Echols. Vanessa Echols embodied the success Jennifer aspired to. And here we are, years later, Success Story- Everything Comes Full Circle.

Vanessa Echols also is aware that everything comes back full circle.  She feels that life is an echo; what you send out-comes back, what you sow-you reap, what you give- you get. When Vanessa looks at her life, she sees that this mantra is truly the foundation that grounds her. And it started at an early age.  She reflects that her parents sowed into her, raising a confident girl, long before that word was a popular description of a woman. Not only her parents but her entire neighborhood of strong women embodied this confidence. These same women, who may not have had the opportunity to go to college or have careers of their own, sowed into her the encouragement to shoot for the stars. But it was not only the women in the neighborhood that sowed into Vanessa.  As a young girl, she watched Brenda Blackmon, the first Black woman that she saw anchor an evening newscast in Columbus, Georgia. Fascinated by her, Vanessa watched the news every day, knowing somewhere deep inside that this was her destiny. That thought followed her as a Girl Scout, where she earned a writing badge, photography badge, and a radio badge. Now that she thinks back, this was amusing, considering that the most common badges for Girl Scouts are First Aid, Swimming, Troop Camper, and Wildlife.

At times, Vanessa thought that she would defy her destiny by going in a different direction.  She thought about being a veterinarian or a dentist.  However, the stars were aligned for her to be just what she wanted to be when she was a young girl. Her freshman year at the University of Alabama, she was taking an Introduction To Communications Class.  The professor at the time was a no-nonsense type of professor.  During the very first day, she said that she did not want anyone in her class who did not want to be there. She only wanted students who were committed, people who wanted to be there. Vanessa was riveted to her seat.  The professor indicated that she wanted passion from her students; she wanted them to be passionate about their craft. From that day forward, Vanessa never looked back. She looked forward to the class every day.  The young girl and the college freshman had come full circle. That is one of the reasons that Vanessa delights so much in mentoring young reporters. She understands the mantra that built the foundation of her life.

For many, Vanessa Echols’s life would be considered an open book.  She lives her life metaphorically, on stage. Vanessa Echols is the Noon and 4:00 p.m. news anchor on WFTV Channel 9 and a three-time Suncoast Regional Emmy Award winner. She has been with WFTV since August of 1992. Vanessa is also the host and producer of the podcast, Colorblind: Race Across Generations. The purpose is to provide a safe environment for people of all ethnic groups to talk about race, which is so timely now.  In addition, she is the host of her very own YouTube Channel: The Do Good Challenge.  With this outlet, she profiles homegrown non-profit organizations that started in Central Florida. Remembering the mantra, Vanessa is very involved in the Central Florida community, frequently speaking and acting as the MC for community events. She also serves on the Orlando Sports Foundation board, which brings the Cure Bowl to Orlando each year; the advisory board of UNCF/The College Fund; and a Life Member of Girl Scouts ( full circle for the young girl).

Remembering the mantra, Vanessa knew that her 2004 cancer diagnosis was not just about her. She chronicled her journey as an inspiration for others to see the strength and resilience of dealing with cancer. While Vanessa realized that the emotional effects of cancer were daunting, she knew that the financial cost was equally devastating. The cost of breast cancer treatment and follow-up care could be a financial strain for many people and their families, even if you have health insurance.  Besides the cost of the treatment itself, there is the cost of traveling to and from a treatment center, childcare while undergoing treatment, or lower income because of time taken from work. That does not include the cost of treating or managing the long-term side effects. Research indicates that the long-term financial toll of being diagnosed with breast cancer has found that 12 years after being diagnosed, people had between $1,000 and $3,000 out of pocket costs per year. These recurrent expenses are not always covered by insurance. Many people used savings, took out loans, or went into debt to pay for medical care. One woman tells of taking her 401K money to pay bills and buy medicine; all of the money she had saved for her retirement was now gone. One woman, who could no longer work because of the three surgeries, chemo and radiation had an especially distressing time. Because she could not pay her bills: her lights were cut off, her water was shut off, and her gas was shut off.

Even as she maneuvered her diagnosis and treatment, she knew others were not as blessed. God had allowed her to be here and had a purpose for her life. She heard the life echo in her ear.  This led her to search for an organization where she could contribute her time and talent to help others meet some of their basic needs and that she could use as a referral.  Her search was futile. There was no such organization.  With the nudging of some close friends around her, the seed was planted that if there is none, then maybe the mantra meant for her to create one. In 2007 Vanessa founded Compassionate Hands and Hearts Breast Cancer Outreach. The organization provides financial and emotional support along with in-kind services for Central Florida patients fighting breast cancer. She wants people to know that getting well is the most important thing. This organization is here to possibly give the patients one less thing to worry about.

Compassionate Hands and Hearts Breast Cancer Outreach is an all-volunteer organization. Vanessa treats the organization as a part-time job that she does not get paid for, at least not financially. The organization is structured and very organized and they survive off donations.  She remembers that Sister’s Network was one of the first organizations to donate funding. The donations allow Compassionate Hands and Hearts Breast Cancer Outreach to provide resources and referrals when needed. This small organization typically helps four people per month. Vanessa recounts the story of a cancer patient seeking help, completed the application listing her car as her address.  While going through chemo, she was living in her car on a campground. Interactions such as this remind Vanessa that she is blazing the trail for the possibility that other organizations would come on board to help those in need.

Vanessa believes that her mantra hones her ability to look into the future with open eyes and great expectations. Her current and future goals are related.  She has worked in the Orlando television market for almost 30 years.  But she still has the purpose of making sure that she tells stories that affect people’s lives to make sure that she and her team are the voice for those who feel they have no voice.  She always wants to stay connected with people in the community and with organizations trying to make Central Florida a better place to live for everyone. As for Compassionate Hand and Hearts Breast Cancer Outreach, she hopes that it grows to help more people but never gets so large that she loses the personal touch of dealing with people in need.

This part of her story ends as it started, FULL CIRCLE. Vanessa Echols has some final thoughts for those reading this article that may inspire you, like she has been encouraged and like she has tried to encourage others. When you walk into a room, let them know that you are there. Walk confidently, as those ladies in her youth taught her. You are never less than anybody else in the room. Remember that you have a voice, and never be afraid to use it. She knows that she is in a highly competitive field.  Although her career has spanned decades, Vanessa wants to share that one of the most significant challenges is setting yourself apart from the pack. Go into a new job or venture and outwork everyone else. That will get you noticed and show everyone that you are serious about your business. Be a woman that exudes and exhibits strength. Vanessa knows that she has faced challenges and setbacks, but she has never given up. NEVER.  Challenges make you stronger and more determined mentally, spiritually, and emotionally. When life brings you full circle, pay attention.  There is a lesson there.

Many Languages, One Voice At A Time! by Laura Dorsey, Master Storyteller
August 10, 2020
Recent posts
Go to Top